Putin Says He And Obama Had A 'Constructive' Conversation On Syria 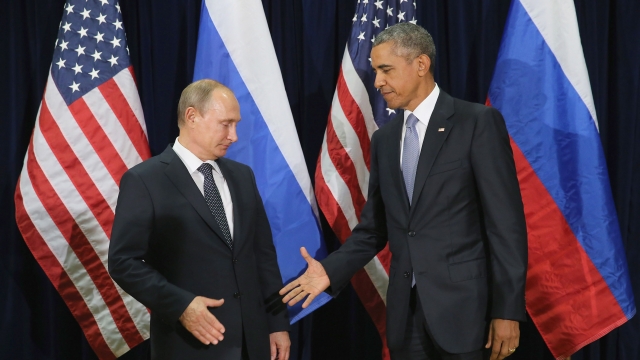 Russian leader Vladimir Putin says he and President Barack Obama had a "constructive" conversation on the phone about action moving forward in Syria.

The announcement comes after the International Syria Support Group — made up of 20 countries — and the Organization of Islamic Cooperation met in Munich.

The group is trying to further outline the "cessation of hostilities" or informal ceasefire announced by the U.S. secretary of state and Russia's foreign minister on Friday. The goal is to implement this peace action within a week.

The ISSG will be working with the United Nations to ensure aid is delivered to civilians in need, especially in various besieged Syrian towns.

And some reports say aid from different organizations is already on its way to some of those towns.

A more formal ceasefire is still the goal for some, including the U.S. But because many of the countries in the group have different strategies, it could take more time.

According to the Kremlin, the U.S. and Russia said they will increase their diplomatic aid and military cooperation in the name of the latest ISSG agreement.