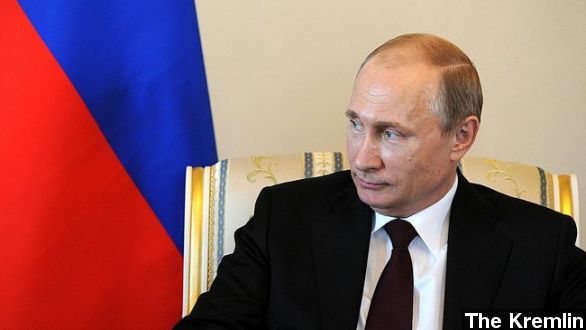 After 10 days of speculation about his public absence, Russian President Vladimir Putin has remerged, and oddly enough, he seems to be just fine.

Putin chose his meeting with Kyrgyz President Almazbek Atambayev as his coming out party, he even joked during the meeting, "(Life) would be boring without gossip."

President Putin hadn't been seen in public since March 5 and over the last 10 days he canceled a trip to Kazakhstan, missed a meeting with his domestic intelligence service and stood up two representatives from the rump nation of South Ossetia.

The rumor mill began spinning almost immediately with speculation ranging from health problems to a Swiss love child. Putin's absence is a big deal in the Kremlin, where Putin is considered the alpha and omega of the Russian state.

Putin's reappearance comes on the anniversary of his controversial referendum that lead the way to Crimea's annexation into Russia, what critics call the biggest illegal land grab since World War II.