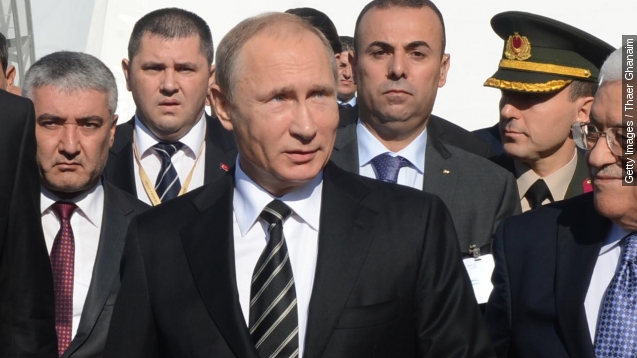 “It turns out that just 60 were properly trained, only four or five with weapons are fighting, while the rest of them simply took the American weapons and ran over to join ISIS,” Putin said on 60 Minutes.

In an interview with CBS' 60 Minutes, the Russian president called the U.S. support of the Syrian opposition illegal, and scoffed at U.S. involvement.

The Pentagon has come under fire — not just from Putin — for it's apparent failure to train enough Syrian rebels to fight ISIS. The $500 million program has produced nowhere near the 5,000 fighters it was supposed to.

"It's a small number. The ones that are in the fight... we're talking four or five," Gen. Llyod Austin said.

During his interview with 60 Minutes, Putin reaffirmed his support for Syria's dictator, President Bashar al-Assad, who the U.S. and other western power accuse of war crimes. (Video via Syrian Presidency)

The issue will no doubt come up Monday, when President Obama and Putin meet face-to-face Monday at the United Nations General Assembly — their first meeting in about a year. (Video via The White House)