Purple Rain Forever? Purple Could Be The Official State Color Of Minn. 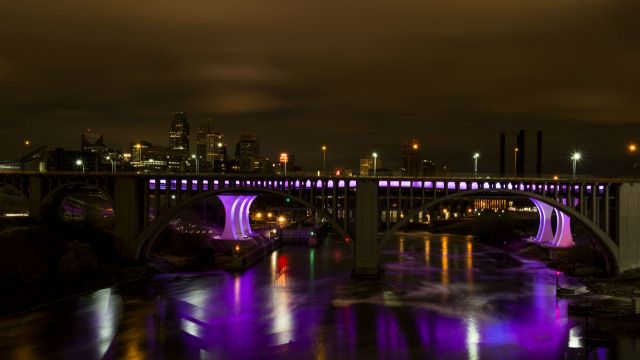 SMS
Purple Rain Forever? Purple Could Be The Official State Color Of Minn.
By Kaileen Gaul
By Kaileen Gaul
April 23, 2016
A state senator is planning on introducing a bill to make purple the state color of Minnesota in honor of Prince.
SHOW TRANSCRIPT

There were tons of purple tributes to honor Prince the day he died.

And now Minnesota Sen. Karin Housley has an idea for how Prince's home state can honor his legacy.

She plans to introduce a bill to make purple the official state color.

Minnesota currently does not have an official state color.

Housley told the St. Paul Pioneer Press, "I don’t think the world will ever be lit up again with a single color in memory of an artist or person. He was special, and he was ours. We should be proud."

And Minnesota did turn purple the day Prince died.

The Minnesota Twins made its Twitter purple and lit up the stadium with purple lighting.

And the state's Department of Transportation lit the I-35W bridge purple for the weekend.

Also, a memorial outside of Prince's home was filled with purple balloons and flowers.