Puerto Rico's $72B Debt Is Much Worse Than Detroit's 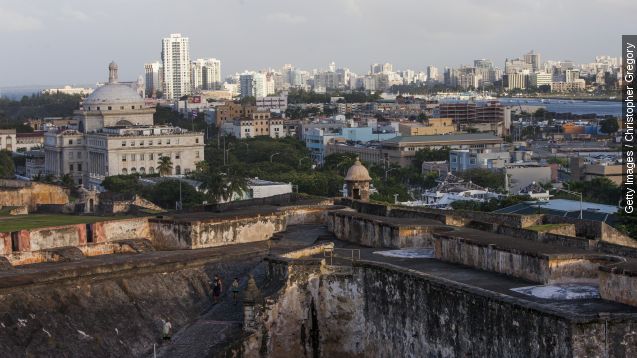 Puerto Rico's governor has forewarned the island won't be able to pay its $72 billion public debt.

In an interview with The New York Times, Puerto Rico's Gov. Alejandro Garcia Padilla said: "The debt is not payable. ... I would love to have an easier option. This is not politics, this is math."

And the math is daunting. Puerto Rico's $72 billion is more than three times the debt Detroit had in 2013 when the city filed for bankruptcy. The U.S. commonwealth's $72 billion debt is also the largest debt per capita of any state in the country.

A report on the Puerto Rican economy by former International Monetary Fund officials paints a damning picture of the Caribbean island's finances — mountains of debt, an awful unemployment rate and a government bank low on cash.

"This is all coming to a head. They've got this big payment coming up, they've got this report coming out and they're also trying to pass a budget," one Bloomberg reporter said.

And if you ask those who have followed the debt crisis, this problem is years in the making.

"Many U.S. companies left the island. The 2008 financial crisis gave a strong blow to the country's tourism, and because there was no economic growth, people kept leaving the island," reporter Ellie Ismailidou said.

While Puerto Rico government officials are lobbying the U.S. to get this law changed, currently the commonwealth, just like American states, cannot file for bankruptcy with the U.S. government. Only U.S. cities can file under Chapter 9, which is exactly what Detroit did in 2013.