Puerto Ricans Are US Citizens, But Many Americans Didn't Know That 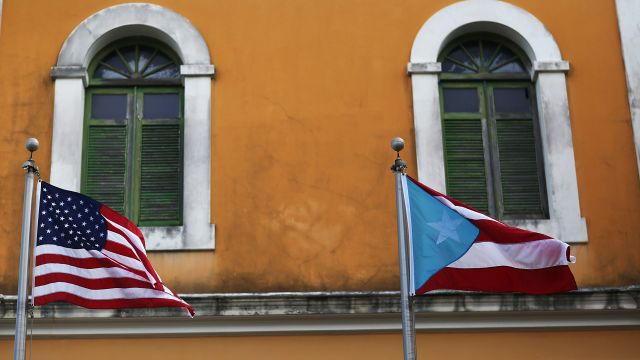 Residents of Puerto Rico have been granted American citizenship by birth since 1917. But a recent poll shows only 43 percent of Americans know Puerto Ricans are actually U.S. citizens.

Another 41 percent believe Puerto Ricans are only citizens of Puerto Rico, but that's not true because Puerto Rico isn't an independent country. And 15 percent of those surveyed say they weren't sure.

To be fair, asking whether residents of Puerto Rico are Puerto Rican or American can be kind of confusing.

The distinction is important because Puerto Rico is in financial trouble with more than $70 billion in debt and its neighbor to the north may help pay its bills. The financial crisis prompted U.S. Congress to come up with a solution this week.

But the same poll found almost a third of those surveyed aren't following Puerto Rico's financial trouble at all.

Puerto Rico was a Spanish colony until 1898 when the United States gained control of the island in the Spanish-American War. Congress passed the Jones Act in 1917, granting citizenship and other rights to residents of the island and creating a representative government.

Puerto Rico remains a territory of the United States, but it has only a nonvoting delegate in Congress, it doesn't vote for president in general elections, and its residents don't pay federal taxes.

This video includes a clip from C-SPAN and images from Getty Images, Damian Bariexca / CC BY 2.0, Library of Congress and Legisworks.