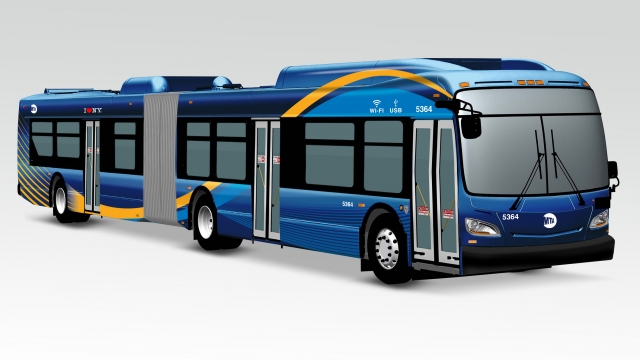 New York City's MTA bus fleet is getting a modern makeover, and we're getting jealous.

"These are not gonna be your father's buses. It's a new day, and what the MTA is trying to reach is mobility plus productivity. The days where you get on a bus and you read the newspaper are over," said New York Gov. Andrew Cuomo.

Well, unless you read your newspaper on your smartphone. The city is adding more than 2,000 Wi-Fi- and USB-enhanced vehicles to the MTA fleet over the next five years. The Wi-Fi will be free, and there will be between 35 and 55 USB ports on each bus.

Lest we get too carried away ogling New York transit amenities, it's important to note this isn't a new idea.

Greyhound buses have Wi-Fi access that's included in the ticket price, as well as power outlets for every passenger.

South Korea's capital, Seoul, announced earlier this year it would be bringing free Wi-Fi to all public places — including buses — by 2017.

And there are several other bus services around the world that offer some form of Wi-Fi connectivity.

Still, when it comes to public transit, many systems are stuck in the past.

New York City's modernization is a step in the right direction — at least if you need Internet everywhere you go and a handy place to plug in your gadgets and gizmos.

Just be sure to set up the necessary protections. Public Wi-Fi isn't entirely secure or private, and USB systems can be reprogrammed to install viruses.

This video includes clips from Metropolitan TA and Apple.