Providing Material Support To ISIS: What Does That Mean? 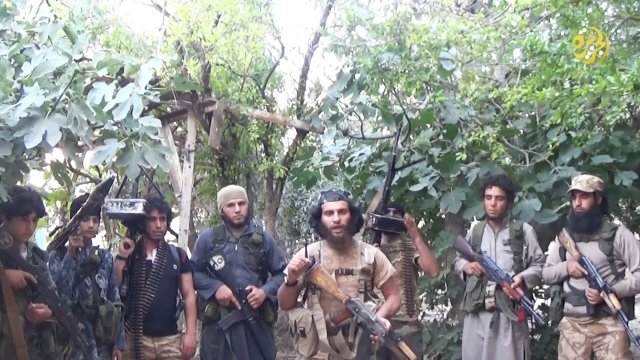 SMS
Providing Material Support To ISIS: What Does That Mean?
By Melissa Prax
By Melissa Prax
January 8, 2016
A Houston man was charged with providing material support to ISIS and appeared in court Friday. In 2015, 53 people faced that same charge.
SHOW TRANSCRIPT

Two Middle Eastern refugees from Iraq and Syria have been arrested on two different terror-related charges in the U.S.

One, a man from Houston named Omar Faraj Saeed Al Hardan, was charged with attempting to provide material support to ISIS. He appeared in court Friday. (Video via KTRK)

But what does "providing material support" even mean? According to the Department of Justice, Al Hardan offered "training, expert advice and assistance, and personnel – specifically himself" to ISIS.

Under U.S. law, a charge of providing material support to a terror organization, ISIS in this case, can include the "material" as a person, money and possibly social media interactions.

But that definition doesn't mean Al Hardan was planning an attack in the U.S. (Video via KHOU)

Of those who received ISIS-related charges, other research says 81 percent were U.S. nationals.

As for Al Hardan, officials suspect he was radicalized on U.S. soil. Al Hardan's charges were not related to the other man. (Video via KIII TV)