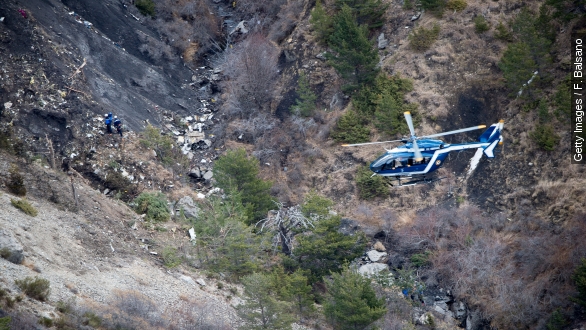 A French prosecutor says the co-pilot on the Germanwings flight that went down in the Alps Tuesday played a crucial role in the crash.

The prosecutor said in a press conference Thursday it appears the 28-year-old co-pilot Andreas Lubitz acted alone to start the descent that led to the crash. (Video via BBC)

Later in the day the CEO of Lufthansa indicated they had told the families of the victims it was apparently an act of suicide, and despite a break in training a few years ago, Lubitz had passed psychological checks. (Video via France 24)

"His performance was without any criticism. Nothing at all was striking," Carsten Spohr said during a press conference.

Late Wednesday night, The New York Times reported one of the pilots left the cockpit and was locked out, with a senior French military official telling the paper the black box recording showed, “The guy outside is knocking lightly on the door, and there is no answer. And then he hits the door stronger, and no answer. There is never an answer.”

This news comes the day after the U.S. State Department revealed there were three Americans among the 150 people on board. A majority of passengers were German and Spanish citizens. (Video via U.S. Department of State)

Although the investigation is ongoing, the prosecutor said there's no evidence that would allow him to say this was an act of terrorism. (Video via BBC)