Prosecutors Drop All Remaining Charges In The Freddie Gray Case 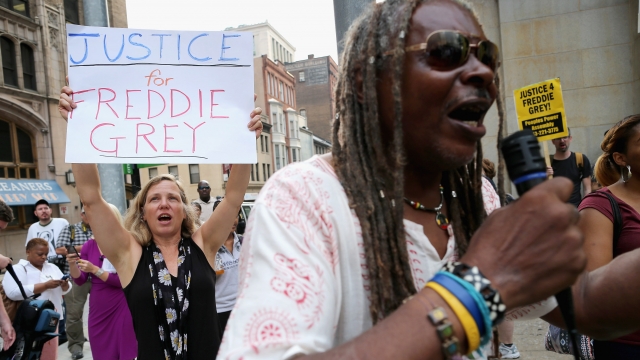 Prosecutors dropped the charges against the three remaining officers in the Freddie Gray case.

Sgt. Alicia White, Officer Garrett Miller and Officer William Porter were still accused in the case, but a deputy attorney said the state would drop the charges Wednesday.

A judge said prosecutors never proved the officers involved in Gray's arrest acted unreasonably or that their actions directly lead to his death.

The three other officers involved in the case were already acquitted.

Gray died after he had a severe spinal cord injury in police custody last year. His death kicked off a series of protests over police brutality around the Baltimore area.

This video includes a clip from CBS and images from the Baltimore Police Department.