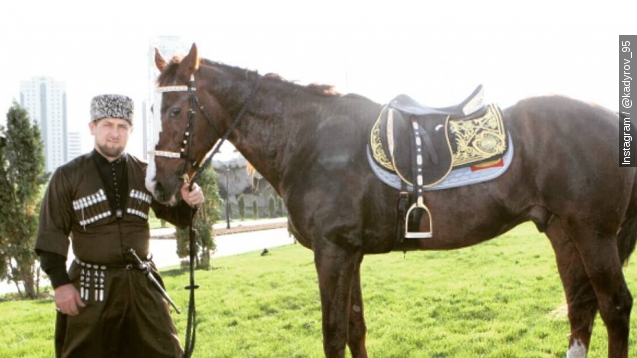 Instagram — you know it for the cat pics and celeb selfies.

But it's also a propaganda tool for some of the world's most notorious dictators.

When he’s not visiting with schoolchildren or waving to his adoring fans, Syria’s Bashar al-Assad is slaughtering his own people. (Video via YouTube / معاذ ابو مهدي)

And his wife Asma is feeding the poor.

He might be accused of war crimes, but on Instagram, Assad is a man of the people. (Video via Daraya Network)

Fellow dictator, Iran’s Grand Ayatollah Ali Khamenei is on Instagram, too. Strange — given his country’s history of social media censorship.

If you’re not one of his 380,000 followers, here’s a glimpse into the daily routine of the man who has the ultimate authority in Iran.

Khamenei is no stranger to Throwback Thursday.

He even uses filters. Not too shabby for a 76-year-old.

Then again, we shouldn’t be surprised given his Twitter presence. Still, Khamenei's social media game is no match for Ramzan Kadyrov: fitness guru, equestrian, lover of cats, and brutal Chechen rebel-turned-warlord accused of extrajudicial killings and torture. (Video via Chechnya Today)

Never one to shy away from a good filter, Kadyrov uses Instagram to show off his sensitive side, as well as his bromance with Vladimir Putin.

The two men appear to have a lot in common.

This summer, Kadyrov made his account private. But we have it on good authority he’s accepting new followers.

This video includes music from Broke for Free / CC BY NC 3.0.