How Tiny Houses Could Get Veterans Off The Streets 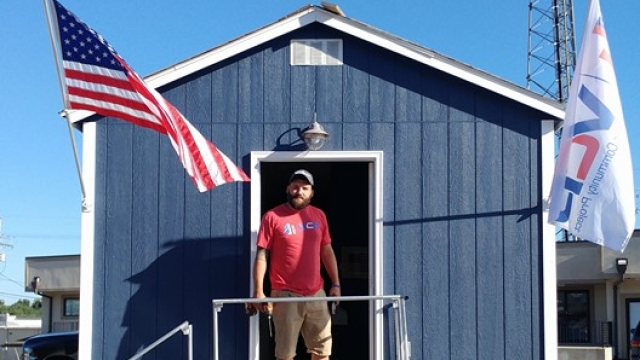 SMS
How Tiny Houses Could Get Veterans Off The Streets
By Melissa Prax
By Melissa Prax
October 25, 2016
A nonprofit is building tiny houses for veterans in Kansas City, Missouri.
SHOW TRANSCRIPT

Tiny houses could fix a much larger problem: veteran homelessness.

The nonprofit was started by two veterans who wanted to make a difference — especially for veterans who aren't eligible for federal programs.

About 50 homes will sit on just over 4 acres of land once the project is complete. Veterans Community Project will cover living costs.

"It's going to be a home for them until they get squared away, and then they get their own place. That's dignity in itself. That key is like Superman's cape. It's like Captain America's shield," project co-founder Chris Stout said.

The number of homeless veterans in the U.S. is improving, but in 2016, nearly 40,000 veterans were homeless.