Processed Meat Causes Cancer, Red Meat Could Too, Says WHO 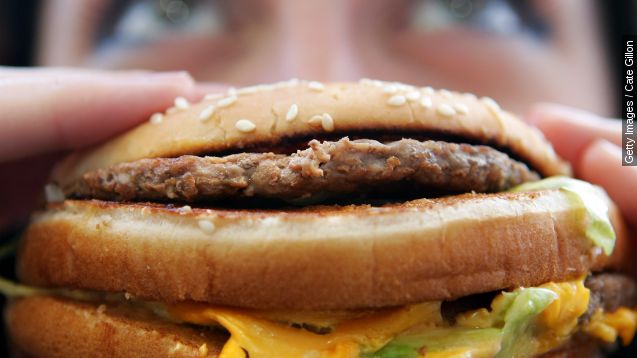 SMS
Processed Meat Causes Cancer, Red Meat Could Too, Says WHO
By Mari Jo Valero
By Mari Jo Valero
October 26, 2015
According to a report from a research division of WHO, processed meats cause cancer, and red meat likely does, too.
SHOW TRANSCRIPT

Say goodbye to your favorite meats, because having that burger could be as much of a health risk as having a smoke.

A research division of the World Health Organization released a report Monday that claims processed meats, like bacon and ham, cause bowel cancer — the third most common cancer in the world.

Health leaders say processed meats are as much of a cancer risk as cigarettes, alcohol and even asbestos.

Red meat is also joining the list. Although fresh meat is considered slightly less of a risk than preserved products, researchers still found it can lead to cancer.

If history is any indication, the news could prompt new dietary guidelines and warning labels on meat packaging that could rattle both the fast-food sector and the farming industry.

But the meat industry is fighting these new findings.

The North American Meat Institute criticized the report, claiming it defied "both common sense and dozens of studies showing no correlation between meat and cancer."

It also pointed out red meat is rich in protein, a good source of vitamins including iron and zinc, and a key part of a balanced diet.

According to The Guardian, former Institute of Cancer research expert Richard Knox said, "Most cancer deaths will not be due to bowel cancer and even fewer linked to meat consumption."

Other researchers have also criticized the report, saying anything in moderation is not a health risk.