Will E-sports Be The Next Big Olympic Competition? 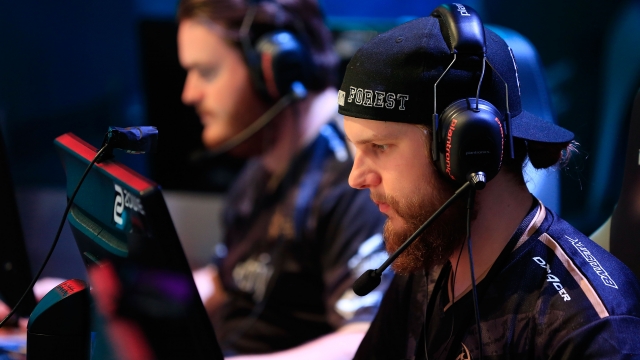 SMS
Will E-sports Be The Next Big Olympic Competition?
By Carter Woodiel
By Carter Woodiel
December 3, 2016
It wouldn't be easy to make video gaming the next Olympic sport, but it would add something important to the tradition.
SHOW TRANSCRIPT

Competitive video gaming in the Olympics: It's something that sounds far-fetched, but professional gamers are doing their best to make it happen.

E-sports, as it's called, has enormous popularity in some parts of the world. Tens of thousands attend the biggest pro tournaments. When the "League of Legends" world championships were in South Korea, they filled up soccer stadiums.

But popularity is only a small slice of the criteria the International Olympic Committee uses to determine if a sport gets into the Olympics. So while e-sports has a path to make the games, plenty of roadblocks are still in the way.

SEE MORE: Video Gamers Are Athletes, According To The Japanese Government

The most important step is having a governing body — an international organization that runs the sport and puts on world championships. Think FIFA, for example; that's soccer's governing body.

For e-sports, that's the International e-Sports Federation, or IESF. It started in 2008 and puts on yearly world championships with players representing their country.

The next step is getting the governing body on the IOC's radar, which isn't easy.

Right now, the IOC recognizes 35 different governing bodies that sponsor sports which aren't in the Olympics right now, essentially saying those sports are legit and could theoretically be in the games someday.

The sports range from cricket to American football to bridge — but e-sports isn't one of them.

Still, if e-sports could catch the IOC's eye, there are a few reasons why it could be well-suited to the Olympic program. Most notably, e-sports are popular with young people, something the IOC clearly thinks is important.

"This is our future. If we lose relevance, if we lose the contact to the youth, then one day, we would disappear," IOC President Thomas Bach told Al-Jazeera.

On top of that, getting a sport into the Olympics just got a little easier. Now, the host city — like Tokyo, which will host the 2020 games — can propose sports it thinks would work well for its games to the IOC, but that doesn't guarantee they'd be around for the next Olympics.

When the IOC approved five new sports for 2020, it said some of them were attractive since they were popular in urban settings and could be held in temporary venues, both of which apply to e-sports.

The hardest thing for e-sports to overcome will probably be the IOC's fondness for tradition, something it's hesitant to push aside. But if skateboarding can make it in, maybe e-sports isn't far behind.