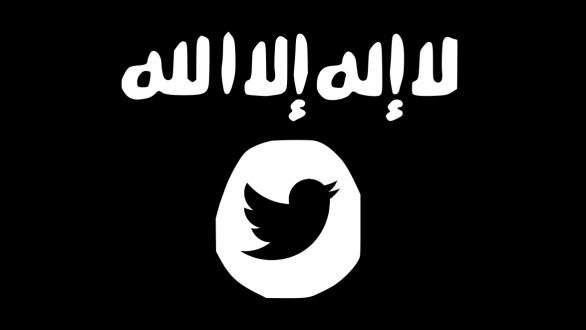 The owner of one of ISIS’s most prolific Twitter accounts has been arrested in India.

“And one of the most influential masters of this cyber war, is this Tweeter, known as Shami Witness," anchor Simon Israel said during the Channel 4 exposé.

On Thursday evening, the UK's Channel 4 ran a segment unmasking the Shami Witness Twitter account, which at that time had nearly 18,000 followers and tens of thousands of pro-ISIS tweets.

It turned out the owner was not an armed jihadist, but rather an Indian businessman named Mehdi from Bangalore, India. While Channel 4 did not release his full identity, Bangalore police soon tracked him down and arrested him.

According to The Indian Express, Biswas worked as a manufacturing executive at a packaged foods company. In his free time, he would spend hours aggregating ISIS news for his Twitter account. (Video via YouTube /  ولاية الرقة)

During its investigation, Channel 4 noted that while Biswas didn’t have any direct ties to ISIS, he did speak to some British jihadists and considered joining.

“If I had a chance to leave everything and join them, I might have,” Biwas said during the Channel 4 exposé.

The director of the International Center for the Study of Radicalization at King’s College London told The New York Times accounts such as Biswas’s serve as “cheerleaders” for jihadists, helping spread their ideology. (Video via YouTube / Foukoul Hani Rif)

Although there have been some notable suspensions of ISIS-affiliated Twitter profiles, including when an ISIS account threatened Twitter employees, the problem is, even when Twitter does shut those accounts down, the owners can just create new ones.

A Twitter official told Mother Jones anonymously in November the social media giant simply isn’t interested getting itself into an online war with ISIS, saying “One man’s terrorist is another man’s freedom fighter.”

And speaking with Buzzfeed, a director with the Electronic Frontier Foundation said she was skeptical tech companies like Twitter should even be policing speech.

In an email, she wrote, “Corporations are simply not equipped to make these decisions, nor does the public have a voice in what corporations do.”

Starting in 2012, Twitter has released a biannual transparency report detailing just what kind of take-down requests the company gets from countries around the world. In the first half of 2014, the company received a total of 432 content removal requests.