Priyanka Chopra Has Over 31M Followers. Do You Know Her? 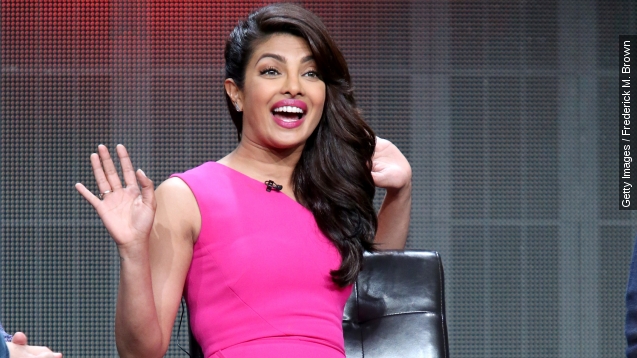 Priyanka Chopra. Heard of her?

She's who most think is the fresh face on ABC's new show "Quantico" where she plays Alex Parrish, an FBI agent framed for a crime she allegedly didn't commit.

But in reality, Chopra is a one-woman Bollywood blockbuster. She's India's "it" girl — starring in nearly 50 films. And now, she's ready to take on the wild, wild West. (Video via T-Series)

Chopra's no stranger to the States. She went to high school here, but honestly, it could have gone better. (Video via NBC)

"Well, I had some major racist issues when I was in school. ... There was this one girl who hated me. Her name was Jeanine something. It's because of you I became this way, Jeanine. I should find you on Facebook," Chopra told ABC news.

Chopra went on to win Miss World in 2000, representing India, and she later became a household name in her home country. She's acquired more than 31 million followers across social media platforms, and it looks like she's well on her way to winning us over as well.

Two years ago, Chopra started dabbling in the American entertainment industry. The star paired up with artists like Pitbull, dropped a few singles of her own and even became the face and sound of Thursday Night Football. Though her largest musical accomplishment may be this confession. (Music video via Interscope Records / Priyanka Chopra)

"I'm going to say this on national television right now, you guys, but I was supposed to be Mrs. Tupac Shakur," Chopra said on "Jimmy Kimmel Live."

"Do you have any thoughts on diversity in Hollywood?" asked TMZ.

"I think we're getting there, and I think it's an amazing time for diversity," responded Chopra.

"Do you think diversity is needed behind the camera as well or just in front?" asked TMZ.

"I think what we need is a color-blind world," said Chopra.

So it sounds like it's been so simple for Chopra.

"You walked in, went to ABC and you walk out the star of 'Quantico'?" asked Access Hollywood's Billy Bush.

When really this "new" actress has put in nearly 16 years of hard work in order to change the face of American television.