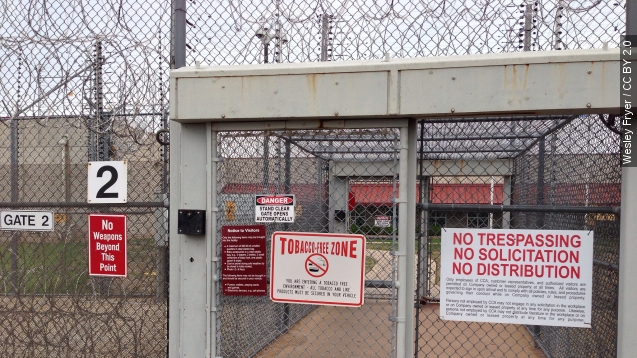 By Steven Sparkman
September 13, 2015
For the second time in about three months, a brawl among inmates broke out at the Cimarron Correctional Facility.
SHOW TRANSCRIPT

A prison brawl in Oklahoma has lead to four inmate deaths, and it may be months before we learn the cause.

For the second time in about three months, a massive brawl between inmates broke out at the Cimarron Correctional Facility. (Video via KOKI)

Similar to the fight in June, it took about 40 minutes to gain control after this recent fight started, and no prison staffers were injured.

The Corrections Corporation of America, which runs the prison, hasn't said what started the fight earlier this summer. It also said it could be six months before its investigation into the latest brawl is complete. (Video via KJRH)

CCA is one of the largest private prison companies in the U.S. It claims the problems plaguing much of the rest of the prison system, including understaffing and overcrowding, aren't an issue at Cimarron and didn't play a role in the fights.

This video includes images from Wesley Fryer / CC BY 2.0.