Princess Diana's Gravesite Is Getting A Multimillion-Dollar Makeover 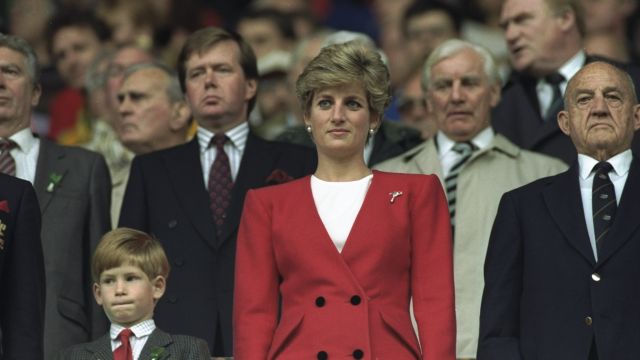 SMS
Princess Diana's Gravesite Is Getting A Multimillion-Dollar Makeover
By Katie Link
By Katie Link
June 29, 2016
This is the first renovation the Althorp Estate has seen in 350 years.
SHOW TRANSCRIPT

Princess Diana's gravesite is getting a multimillion-dollar makeover.

The late Princess of Wales, who died in a car accident in 1997, is buried on the sprawling Althorp Estate where she once lived before marrying Prince Charles.

For years, her gravesite — located on a small island on the estate — has just been marked with an urn. But thanks to renovations, that will soon change.

Charles Spencer, Princess Diana's brother, is helping with the plans. He told People: "Before, we left the grave unmarked because the family knew where it was. But now we're going to have a memorial for Diana."

A temple located across the lake from where Diana rests has been open for visitors to pay respects. But in recent years, some have argued that the site appeared neglected and needed an update.

Perhaps most notable on that list of critics was the princess's former personal chef. The Telegraph reports that in 2014 he tweeted: "Sad to see Earl Spencer has neglected Diana's resting place. Please tidy up the vegetation on the island."

It looks like that chef's wishes are coming true. The estate, built in 1508, has been in the Spencer family for 18 generations. This marks the first major grounds renovation in 350 years.

The renovations are expected to include new gardens containing the royal's favorite flowers — forget-me-nots. The work is scheduled to be completed by August 2017 to mark the 20th anniversary of Diana's death.