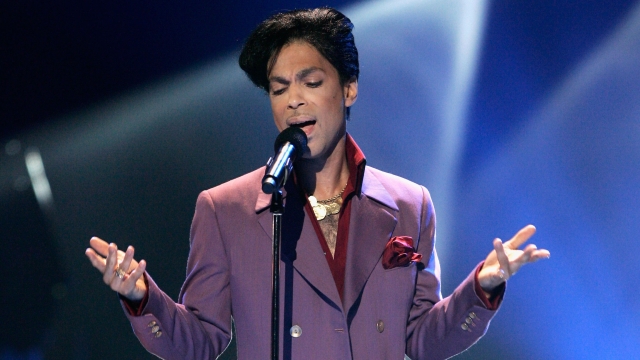 SMS
Prince's Lawyers Have His DNA In Case Any 'Parentage Issues' Come Up
By Ben Lawson
By Ben Lawson
May 7, 2016
Prince doesn't have any known living children, but there are a few potential heirs.
SHOW TRANSCRIPT

Prince's lawyers will be given a sample of his blood from the coroner in case any paternity issues arise within his estate.

No will has been found for the musician, who died last month, and his only known child died in 1996. That means there are several potential heirs to his estate, including one full sibling and at least five half siblings.

An exact value hasn't been determined, but rights to his music catalog alone are estimated to be worth $500 million.

Authorities still haven't released an official cause for Prince's death. Reports have circulated he was struggling with an addiction to painkillers after suffering from years of chronic hip issues.

Lawyers for Dr. Howard Kornfeld, an addiction specialist, confirmed that Prince's representation reached out to him the day before the singer died, but Kornfeld wasn't able to clear his schedule until the following day.

Instead, his son traveled to Prince's home to explain the treatment before his father's arrival. Kornfield's lawyers said his son did have painkillers with him, but they were never given to Prince.

The U.S. Attorney's Office and the Drug Enforcement Administration have joined the investigation into Prince's death to provide "expertise about prescription drug diversion."