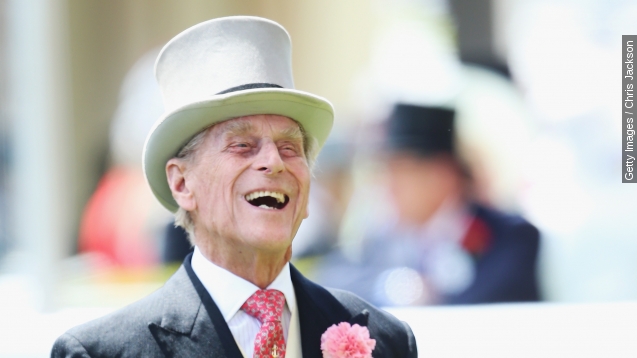 “Dontopedalogy is the science of opening your mouth and putting your foot in it, a science which I have practised for a good many years," Prince Philip said in 1960.

Here's a look at our favorite foot-in-mouth moments. (Video via ITN)

Prince Philip to a blind woman with a guide dog: “Do you know they have eating dogs for the anorexic now?”

Prince Philip on Canada: “We don’t come here for our health.”

Prince Philip to Britain’s Got Talent 2009 Winners: “Are you all one family?”

Prince Philip on His Daughter, Princess Anne: “If it doesn’t fart or eat hay, she isn’t interested.”

Prince Philip to a Women in Kenya: "You are a woman, aren't you?"

“That enough … That’s enough of that,” Prince Philip said. (Video via British Pathé)

This video includes images from Getty Images and music by Kevin MacLeod / CC By 3.0 and Primordiality / CC By 3.0.