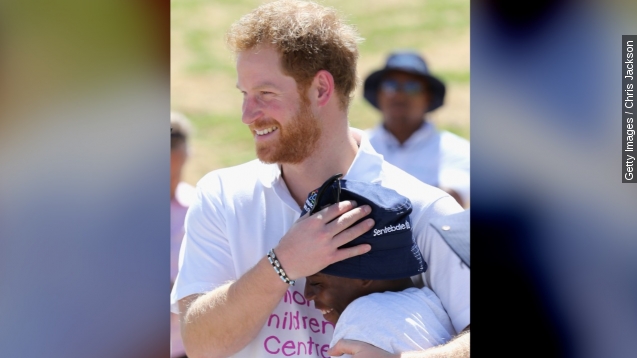 Prince Harry visited Lesotho in southern Africa on Thursday to open The Mamohato Children's Centre. And in the process, Harry became a part of a heartwarming, real-life #tbt.

Photographers captured images of Harry embracing a 15-year-old boy with whom he developed a relationship 11 years ago.

Ahead of the reunion, Kensington Palace posted photos on Instagram showing the two walking hand-in-hand during previous meetings. And there's this: a letter the boy wrote to Harry last year, which says, in part, "I am writing this letter because I think of the time [we] were together."

During the dedication of the children's center, Harry said that he and the boy share a special relationship that comes from tragic losses.

Harry said the death of his mother helped him empathize with others who had experienced the loss of loved ones. The 15-year-old boy was orphaned when his parents died of AIDS, which is a major problem in Lesotho.

The children's center was built specifically for the 15-year-old boy and others like him who were orphaned due to AIDS. The center cost £2 million to build and will help care for children living with and affected by HIV.