Prince Charles Is Royally Awkward, According To His Sons 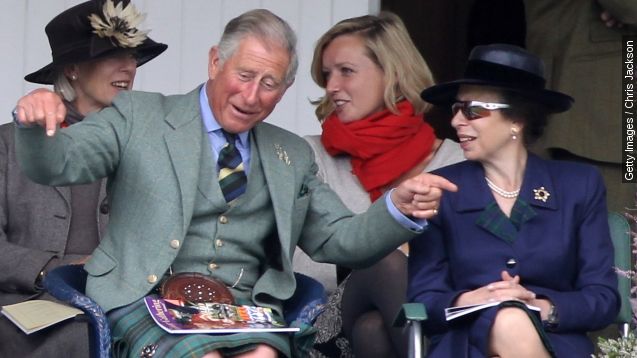 SMS
Prince Charles Is Royally Awkward, According To His Sons
By Cody LaGrow
By Cody LaGrow
December 28, 2015
Prince William and Prince Harry revealed in a new documentary that they're no strangers to having an embarrassing parent.
SHOW TRANSCRIPT

Apparently cracking up at inappropriate times can't be avoided, even with the most magnificent of manners. Prince William and Prince Harry said in a new documentary that their father, Prince Charles, is royally rotten.

"The princes say their dad has a tendency to laugh at all the wrong times, which I just think makes him super cool — like when the special effects malfunctioned at Harry's school play years ago," "Good Morning America" revealed.

The duo opened up in the new documentary revealing they're no strangers to having an embarrassing parent.

Apparently, Prince Charles' penmanship confuses his sons, too. When he writes letters to his kids, his handwriting makes them question if they're in trouble or being congratulated.

All the awkwardness is revealed in a documentary "When Ant and Dec Met The Prince: 40 Years of the Prince's Trust" that's set to air Jan. 4. in the U.K.