Priebus Says US Should Bar People From Areas That Harbor Terrorists 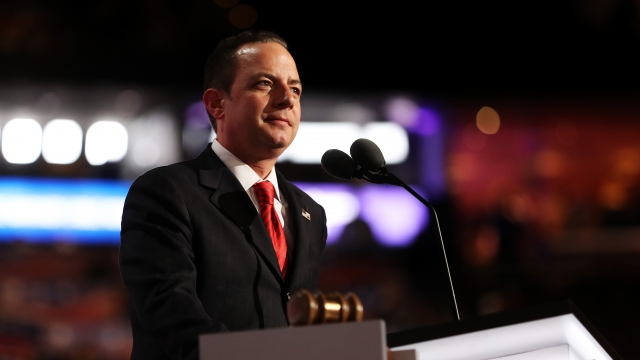 SMS
Priebus Says US Should Bar People From Areas That Harbor Terrorists
By Lindsey Pulse
By Lindsey Pulse
November 20, 2016
He said a temporary ban is necessary until a better vetting system is in place.
SHOW TRANSCRIPT

In an interview with NBC's "Meet the Press," the incoming White House chief of staff said in order to keep terrorists out, the U.S. must bar people from areas that harbor and train terrorists — at least until a better vetting system is put into place.

Priebus wasn't clear on if that proposal includes all people or just refugees or migrants seeking to live in the U.S.

Right now, anyone looking to visit the U.S. is required to obtain a Visitor VISA, unless they're from a country that's part of the U.S. Visa Waiver Program.

Refugees are required to go through a more rigorous vetting process.

ISIS, for example, has ties to several countries in the Middle East and Africa. A handful of ISIS supporters have even been arrested in the U.S.

Priebus' statements echo a lot of the rhetoric coming from the Trump team during the 2016 campaign cycle. Donald Trump himself has called for a ban on Muslims entering the country. And retired U.S. Army Lt. Gen. Michael Flynn — Trump's recent pick for national security adviser — has said Islam is "like cancer."

When asked about rhetoric involving an alleged "Muslim registry," Priebus said the administration wouldn't have a registry based on religion but wasn't "going to rule out anything."