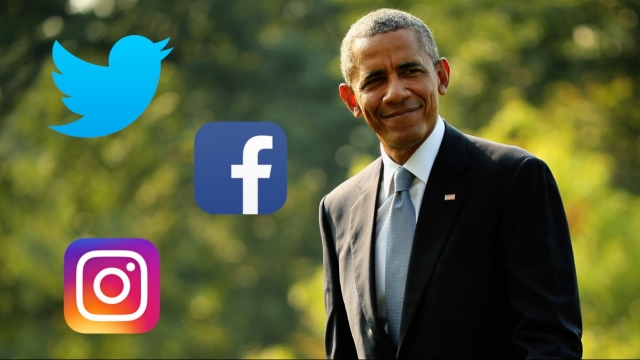 The Obama administration has embraced social media to give the American people a new type of access to the presidency.

But with President Obama on his way out the door, what's going to happen to the Obama administration's tens of thousands of tweets, posts and snaps?

The Obama administration is doing its part to make sure its millions of social media followers don't lose access to the next president.

It's transferring official accounts and handles like @POTUS and @VP to the next administration. The followers and subscribers will remain. But the contents of each account will be wiped clean — a fresh start for the new team taking over the White House.

Don't worry — all the tweets, posts, videos and photos won't be deleted. They'll be saved and kept like all other presidential records by the National Archives and Records Administration.

SEE MORE: Having Lots Of Facebook Friends Boosts More Than Your Ego

And they'll be available to all of us on the same platforms, just under newly created accounts.

So all those @POTUS tweets and Facebook posts from Obama will be transferred to the @POTUS44 handle. The same goes for Vice President Joe Biden and first lady Michelle Obama. The Obama White House's Facebook, Instagram and YouTube accounts will be found under ObamaWhiteHouse.

Even WhiteHouse.gov as it appears on the last day of Obama's presidency will be saved and available at ObamaWhiteHouse.gov.