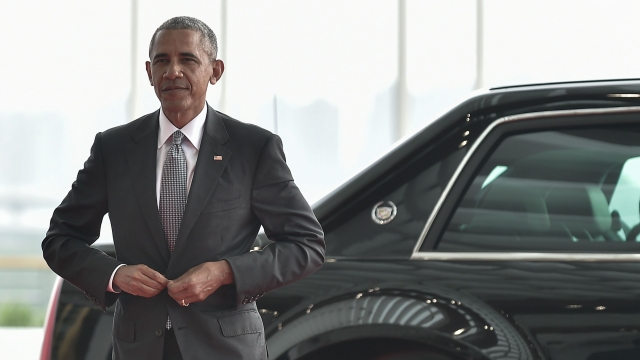 "When one of these companies comes out with a new smartphone, and it has a few bugs. What do they do? They fix it. They upgrade it. ... But you don't go back to using a rotary phone. You don't say, 'Well, we're repealing smartphones,'" President Obama said during a speech about the Affordable Care Act in Florida.

With just a couple months left in office, Obama is still fighting off calls to repeal his signature health care law.

"We have to repeal and replace Obamacare," Republican presidential candidate Donald Trump said during the third debate.

New numbers released by the White House highlight the successes of the Affordable Care Act.

The rate of uninsured Americans is at a record low, just 8.6 percent. And the law also helped slow the rise of employer-sponsored health insurance premiums.

But the president acknowledged that the law could be improved.

"But there are going to be people who are hurt by premium increases or a lack of competition and choice," Obama said.

Obama suggested adding more tax credits to help middle-income families and creating a government-run insurance program in some states to help improve competition in the marketplace. But any changes will be up to the next Congress and the next president.