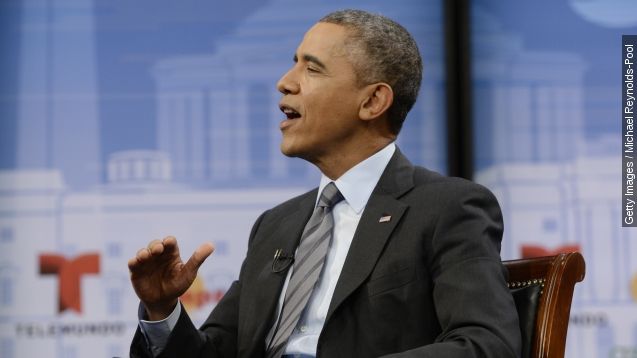 It'll be hosted by Anderson Cooper on CNN. And it's set up to include time for Obama to take questions from the audience.

"So I know there are a bunch of us who care about this. If you are one of them, I need your help," Obama said in a weekly address.

In a weekly address in early January, Obama emphasized public support for expanded gun control, despite the lack of congressional support.

The town-hall format could help Obama emphasize that public support. (Video via The White House)

Earlier in the week, Obama is scheduled to meet with Attorney General Loretta Lynch to discuss actions that can be taken without Congress. (Video via The White House)

Many expect there'll soon be an executive action for expanded background checks.

The town hall at George Mason University in Fairfax, Virginia, will air Thursday on CNN at 8 p.m. Eastern.