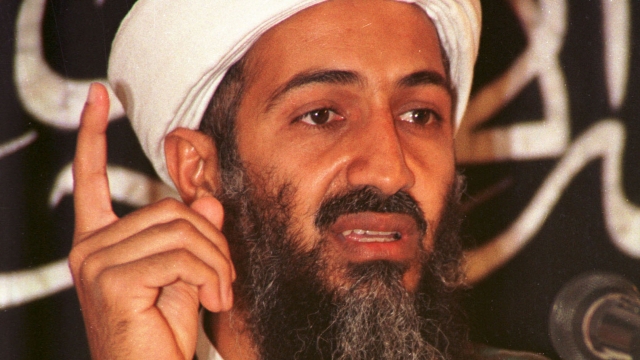 SMS
President Obama Speaks Out On Osama Bin Laden's Death 5 Years Later
By Newsy Staff
By Newsy Staff
May 2, 2016
In his first interview from the Situation Room, Obama tells CNN about the raid that killed the Al-Qaeda leader.
SHOW TRANSCRIPT

It's been five years since U.S. Navy Seals killed Al-Qaeda leader Osama bin Laden at a compound in Pakistan.

Since then, more and more details have emerged about bin Laden's last moments, President Obama's decision to go through with the raid and more.

Obama spoke with CNN about the raid, giving an interview for the first time from the Situation Room.

That's the same room this now-famous picture comes from, showing Obama and several high-profile White House staffers receiving updates on the night of the raid.

"The final thing the president said in the interview was that it gave him satisfaction to think that in his final moments, bin Laden would have realized that an American had come to take revenge or seek justice for the 3,000 Americans who were killed on 9/11," CNN's Peter Bergen said.

On Sunday, the CIA marked the anniversary by "live-tweeting" the raid. The agency tweeted as if the raid were happening right then and there.

Operation Neptune Spear began in the late hours of May 1, 2011. After gaining entry into the compound, members of Seal Team Six killed the terrorist group leader around 1 a.m. local time on May 2.

This video includes clips from CBS and ABC, and images from The White House / Pete Souza and Getty Images.