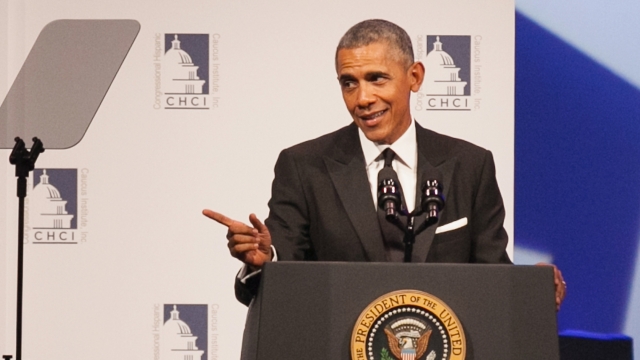 "There's this guy on the radio. ... He said me and Hillary are demons. Said we smelled like sulfur. Ain't that something?" Obama said in front of a crowd of supporters.

On Tuesday, President Barack Obama smelled himself to make sure, despite what radio host Alex Jones claimed.

"I mean, c'mon people," Obama said in front of a crowd of supporters. "And apparently there are people who believe that stuff."

But seriously, has the rhetoric in this election seemed a little out-of-hand for a while now?

"She's as crooked as they come," Donald Trump said in May.

"In one way, she is a monster," Trump said in August.

"You can put half of Trump supporters into what I call 'the basket of deplorables,'" Clinton said in September.

"But he made a deal with the devil. She's the devil," Trump said at a rally in August.

And that's making this election cycle feel a lot less like this:

"Democracy in a big, diverse country doesn't work if you constantly demonize each other," Obama said Tuesday.

"Tell me, what do you do with witches?" a character inquired in "Monty Python and the Holy Grail."

"Burn them!" other characters responded.