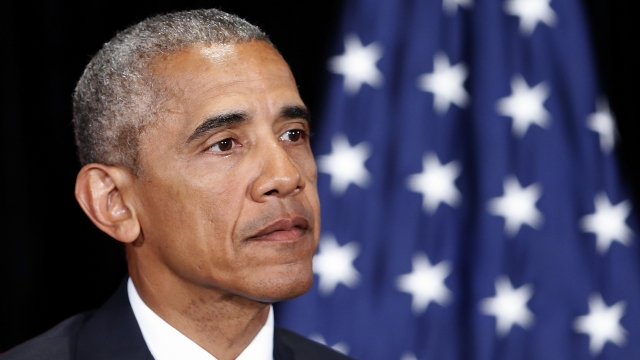 "The United States dropped more than 2 million tons of bombs here in Laos. More than we dropped on Germany and Japan combined during all of World War II," President Obama said during a speech Tuesday.

President Obama made history Monday when he became the first sitting U.S. president to visit Laos. And more importantly, on Tuesday, he announced the United States will double the funding it provides to the Southeast Asian country to clear unexploded bombs.

The U.S. dropped the bombs in a nine-year secret mission during the Vietnam War. Over 40 years after the mission ended, an estimated 80 million unexploded bombs remain.

Laos is still considered the most heavily bombed country per capita in the world. According to the country's National Regulatory Authority, there have been over 50,000 victims since the mission ended — 20,000 have died.

"Today, I stand with you in acknowledging the suffering and sacrifices on all sides of that conflict," Obama said.

The president's pledge of $90 million over three years aims to prevent more injuries and deaths.

This woman, who spoke with CBS, lost her grandson to a bomb in 2008.

"There was so much blood," the grandmother said. "He was just 5 years old."

"I don't remember anything till I woke up in hospital two weeks later. When I saw what had happened, I didn't want to live anymore," a man severely burned by a bomb told CNN.

Obama said he plans to meet with some of the victims on Wednesday.

The president is visiting the nation for the ASEAN summit.