President Obama Likes Salad ... But Only In Emergencies 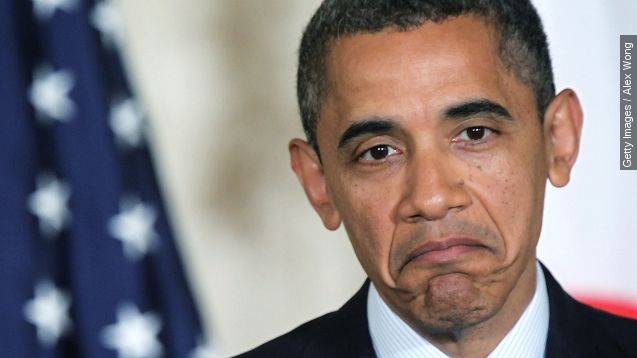 What do you get for the president who has everything? Definitely not trail mix with M&M's in it.

In his book "Power Forward: My Presidential Education," President Obama's former body man Reggie Love, among other things, lets us in on what the president won't eat. Period.

And apparently, the commander in chief does not play when it comes to his trail mix. Love says then-Senator Obama picked "out every M&M, holding them all in his palm like pieces of candy-coated toxic waste. 'I'm not going to eat these.'"

But the hate doesn't stop there. The president won't eat anything battered or fried, any fast food, soda or coffee. So apparently he hates fun.

The president does, however, like grilled fish or chicken, Dentyne Ice and sandwiches. So again –– he apparently hates fun.

Two things we can totally be on board with –– he hates mayo (which we salute because it smells like rotten eggs), and he will only eat salads in an emergency. Same, sir. Same.

One thing we can definitely say most Americans agree on: his obvious love of cookies.

"Thanks, Obama," the president said in an infamous BuzzFeed video.