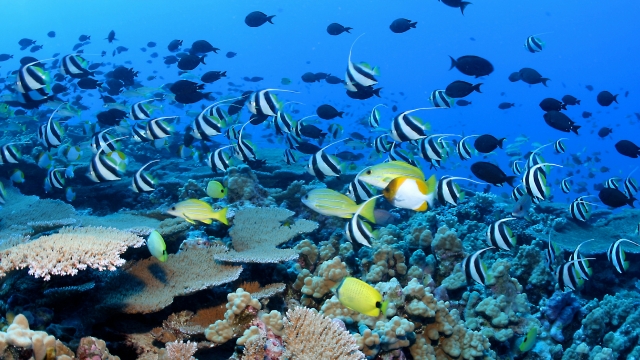 President Barack Obama is creating the largest marine conservation area on Earth off the coast of Hawaii.

The commander in chief announced an expansion of the Papahānaumokuākea Marine National Monument on Thursday.

Several former presidents have made efforts to protect the archipelago. Theodore Roosevelt placed the area under control of the U.S. Navy in 1903. And in 2006, George W. Bush established the area as a national monument.

But in recent months, the reserve has been a topic of debate.

Not only is the area home to an estimated 7,000 species — a quarter of which are found exclusively in this area of the Pacific — it also has historical and sacred value to Hawaiians.

But climate change, commercial overfishing and other external factors have caused the area's health to decline.

Now drilling, commercial fishing and deep-sea mining will be banned in the area. Recreational fishing and scientific research will reportedly still be allowed.