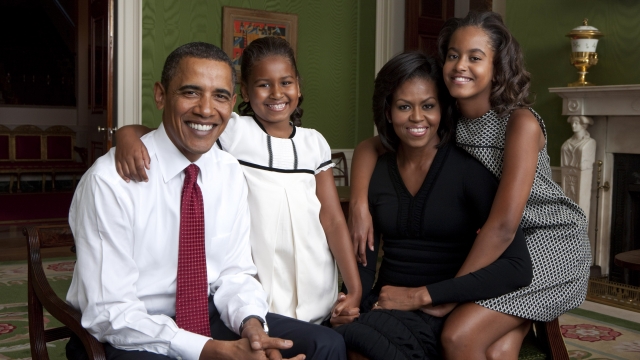 "I may be a little grayer than I was eight years ago, but this is what a feminist looks like," President Barack Obama said at the United States of Women Summit.

Barack Obama is a feminist.

And he's not afraid to let the world know.

SEE MORE: Obama Thinks Hillary Is More Qualified Than Him (And Her Husband)

He wrote an essay titled "This Is What a Feminist Looks Like" for Glamour magazine this week.

But this isn't the first time the president has let his feminist flag fly high.

"Today, women make up about half our workforce, but they still make 77 cents for every dollar a man earns. That is wrong, and in 2014, it's an embarrassment," Obama said during the 2014 State of the Union address.

"If half of your team is not playing, you’ve got a problem. And in too many countries, half of the team — our women and girls — are not participating enough in this," Obama said during the 2015 Global Entrepreneurship Summit in Kenya.

"We still may not agree on a woman's right to choose, but surely we can agree it's a good thing that teen pregnancies and abortions are nearing all-time lows and that every woman should have access to the health care that she needs," Obama said during the 2015 State of the Union.

"This team taught all America's children that 'playing like a girl' means you're a badass," Obama said while presenting honors to the U.S. Women's National Soccer Team.