Terns In Alaska Show The Effects Of Climate Change At Work 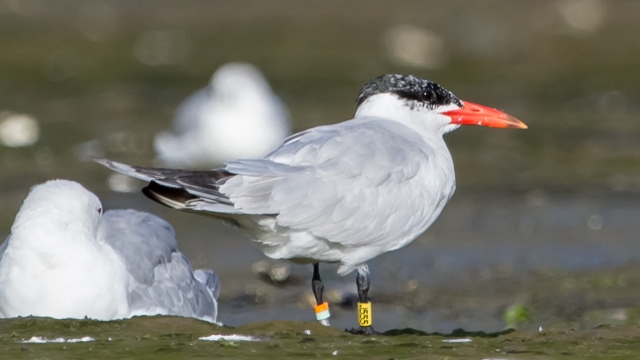 One of the earliest climate change warning signs is the shifting of animals' habitat ranges. We've already begun to see those shifts.

The most recent example is the Caspian tern. The seabirds were recently observed in northern Alaska — 1,000 miles farther north than the species had ever been spotted before.

No one can say for sure if this means the terns will stay in Alaska. But a Stanford University biologist told the Guardian this 1,000-mile shift "attests to how much the globe has warmed."

The Adélie penguin is another bird whose geographic range is changing.

Scientists worry that as the climate changes, the continent will become more wet. That would force the penguins to migrate farther to find suitable nesting grounds.

A recent study found that by the end of the century, as much as 60 percent of the present population of Adélie penguins could be in decline.

And it's not just animals that are affected. A UCLA study found that whole ecosystems in California are at risk.

The study, published earlier this year, showed that non-native plants were moving to higher elevations faster than native ones. In other words, native species have a harder time adjusting to climate change.

One UCLA professor said that could mean the current ecosystems are "unraveling."