Prepare Your Brain: Cult Classic 'Psychonauts' Gets A Sequel 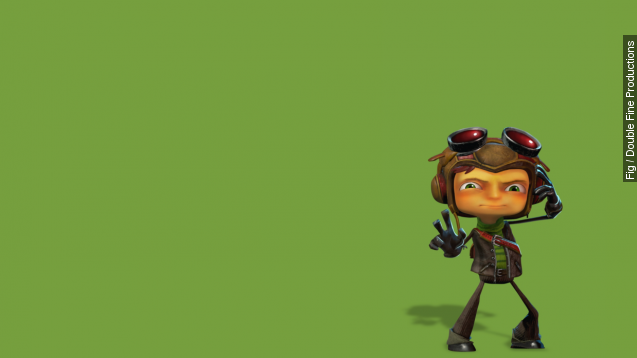 SMS
Prepare Your Brain: Cult Classic 'Psychonauts' Gets A Sequel
By Evan Thomas
By Evan Thomas
December 4, 2015
Tim Schafer and much of the production team from the original cult classic will return to work on the sequel.
SHOW TRANSCRIPT

Double Fine's Tim Schafer had big news for fans at The 2015 Game Awards: "Psychonauts 2" is, at long last, happening.

The original "Psychonauts" was a critical darling and a cult classic about attendees at a psychic training camp who infiltrated dreams and battled evil. (Video via Double Fine Productions)

Now Schafer says it's high time for a sequel. Development is already underway. Artists, composers, writers, voice actors and developers are all reprising their roles from the first "Psychonauts."

The team is already hashing out game design and mechanics. All that's left is the money, $3.3 million of which will come from crowdfunding. (Video via Double Fine Productions)

Double Fine knows what it's doing here; it funded "Broken Age" the same way, in one of the first and most successful gaming campaigns on Kickstarter to date.

"Psychonauts 2" is gathering funds on Fig, which offers traditional crowdfunding rewards but also the opportunity to make an equity investment and snag a share of the game's revenue if it's successful.

Release is expected in fall of 2018 on Windows, OS X and Linux, as well as on PS4 and Xbox One.