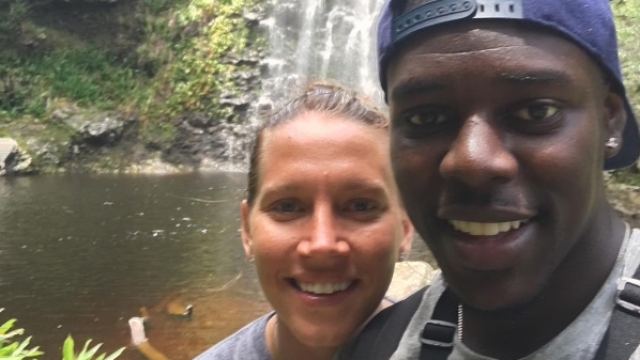 The New Orleans Pelicans will have to start the season without star point guard Jrue Holiday.

NOLA.com reports Holiday is taking time off to help care for his wife through the end of her pregnancy and her impending brain surgery.

SEE MORE: This Soon-To-Be Dad Reveals What It's Really Like To Try To Conceive

The couple learned Lauren Holiday has a benign brain tumor in late June and decided to publicly share the news a little less than two months before the start of the NBA Season.

Doctors said the tumor isn't threatening their baby, but said she would have to wait until after the birth to have brain surgery to remove it. The baby is due in mid-October, and it's their first child.

Jrue Holiday told NOLA.com "There wasn't any pressure to be with the team or to choose between my team and my wife. They told me to be a husband first. I don't think they know how much their support means to me and my family."

But he's not the only star athlete in the family. Lauren Holiday was a soccer player for team USA and helped win the 2015 World Cup. She's also won two Olympic gold medals.

Numerous fellow athletes and friends posted words of encouragement and prayer on Twitter after the news broke.

Jrue Holiday says he hopes to return to the team as soon as possible, but in the meantime, he's asked fans for prayers.