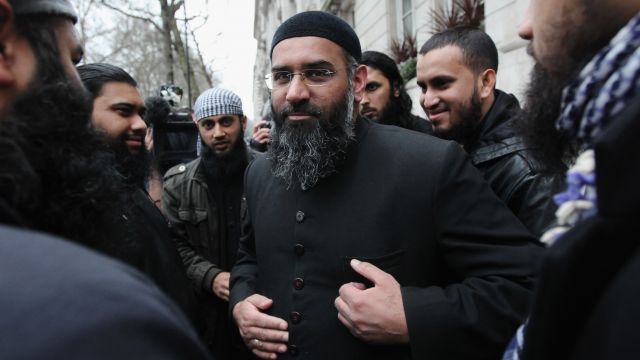 Anjem Choudary, the U.K.'s most infamous radical preacher, has been sentenced to 5 1/2 years behind bars for supporting ISIS.

Choudary and one of his followers were convicted in July of violating the U.K.'s Terrorism Act after he was connected to a 2014 oath posted online that claimed ISIS is a legitimate state.

U.K. counterterrorism officials have been after Choudary for almost two decades. He's been linked to hundreds of radicalized U.K. jihadists, including the men who fatally stabbed a soldier on the street in 2013.

But despite his inflammatory rhetoric, the cleric always managed to stay on the right side of anti-terrorism and incitement laws — until he was caught supporting ISIS. The terrorist group is one of the organization proscribed by the Terrorism Act; anyone who invites support for a proscribed group can be imprisoned for up to 10 years.

SEE MORE: Terrorism Numbers Are Slowing For The First Time In 3 Years

Choudary will spend his sentence in the high-security wing of a London prison. He's expected to spend a good portion of his term in solitary confinement, since law enforcement is worried Choudary might try to radicalize his fellow inmates.