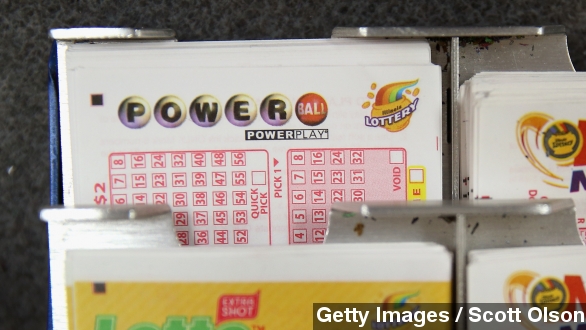 Feeling lucky? The Powerball jackpot is now estimated at $485 million — one of the largest jackpots ever in the U.S.

That prize gives a cash option of $327.7 million before taxes.

The prize has been growing steadily from its $40 million starting point since the last Powerball win two months ago.

On Saturday, there were some smaller winners. One person won $2 million, and 10 people won $1 million. (Video Via KSHB)

The next drawing is Wednesday night, and the jackpot will likely continue to grow until then.

And if you're planning on buying a ticket, you can always try these tips to increase your odds.

Powerball is played in 43 states and in Washington, D.C., and the Virgin Islands.

The chance of winning the jackpot is about 1 in 175 million.