Powerball Jackpot Balloons To $675M, The Biggest In US History 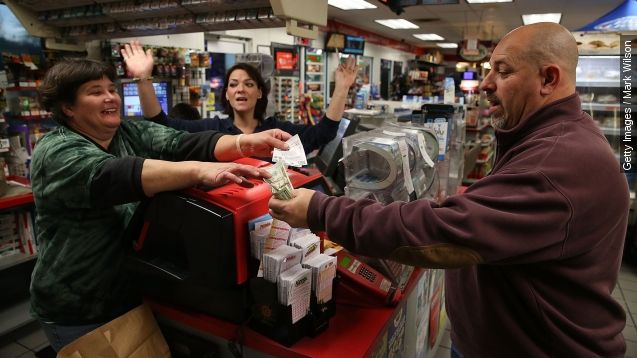 SMS
Powerball Jackpot Balloons To $675M, The Biggest In US History
By Melissa Prax
By Melissa Prax
January 7, 2016
This jackpot is now the largest lottery prize in U.S. history since Powerball began in 1992.
SHOW TRANSCRIPT

The Powerball jackpot is estimated to hit the largest lottery prize in U.S. history: $675 million.

And some say it could get even closer to the billion mark because the the next drawing won't be until Saturday. (Video via WLS-TV)

There've been 18 drawings since November but no jackpot winners, so the prize has swelled.

A few players walked away with $1 million or $2 million, but no one has correctly picked that red ball. (Video via WCMH)