Power Station Collapse In England Kills At Least One 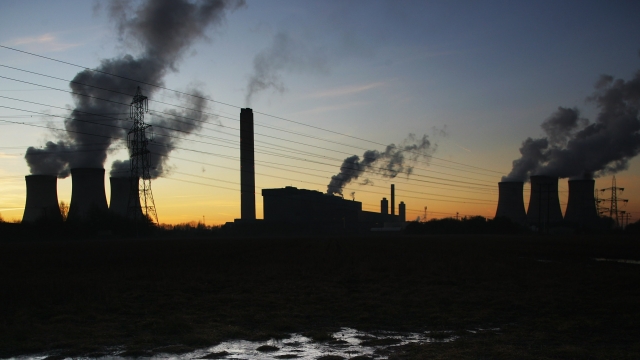 SMS
Power Station Collapse In England Kills At Least One
By Grant Suneson
By Grant Suneson
February 23, 2016
An defunct power station in southern England collapsed, killing at least one person and injuring several others.
SHOW TRANSCRIPT

Authorities in a south England town say at least one person has been killed after an unused power station collapsed.

In addition to the fatality, at least five people have reportedly been injured with three more unaccounted for.

Workers were reportedly preparing two boilers in the town of Didcot for demolition next month when the building collapsed around 4 p.m. local time.

The chief fire officer there offered his sympathy to the victims' families, saying, "We are doing our very best to secure the return of their loved ones as soon as we can."

The coal-fired power plant, known as Didcot A, had been out of use since 2013. Authorities are investigating what caused the collapse.

This video includes clips from BBC and images from Getty Images.