Like Many Voters, Colin Powell Isn't Excited To Vote Trump Or Clinton 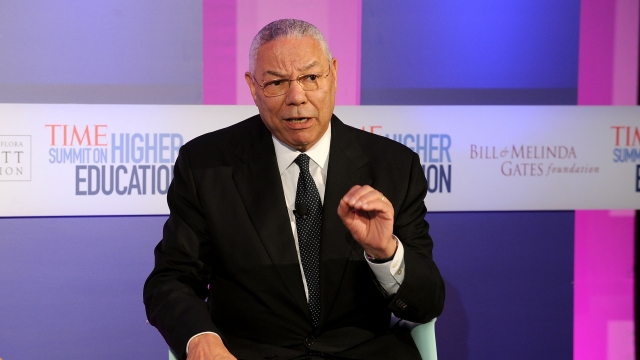 Someone who's a "disaster" and a "national disgrace" with "no sense of shame." And someone else who's "greedy" and "comes across as sleazy" whose hubris screws up everything she touches.

The former secretary of state went on to say that the birther movement Donald Trump vocally supported was "racist."

He slammed Hillary Clinton for her email scandal, saying it would've blown over if she'd had a better handle on it.

Powell endorsed President Obama in 2008 and 2012 but said he'd "rather not have to vote for" Clinton this time around. It appears that Powell isn't happy with his options from the Republicans or Democrats, a sentiment shared by many Americans.

A recent Monmouth University poll showed Trump and Clinton are viewed unfavorably by more than 50 percent of voters. About a third of voters don't care for either.