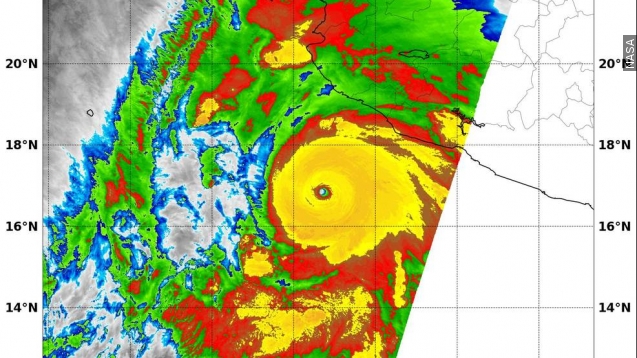 Hurricane Patricia is expected to to make landfall on the southwest coast of Mexico on Friday, and experts say it could be catastrophic.

"Shaping up to be absolutely a monster. We saw the information coming in this morning at 5 a.m. from the National Hurricane Center. We were all astounded," a meteorologist at The Weather Channel said.

Experts predict maximum wind speeds of 200 miles per hour, and the storm could trigger 39-foot waves.

And the NHC says it's not only those near the coast who'll be impacted. Heavy rainfall is "likely to cause life-threatening flash floods and mud slides" in several Mexican states into Saturday. (Video via NBC)