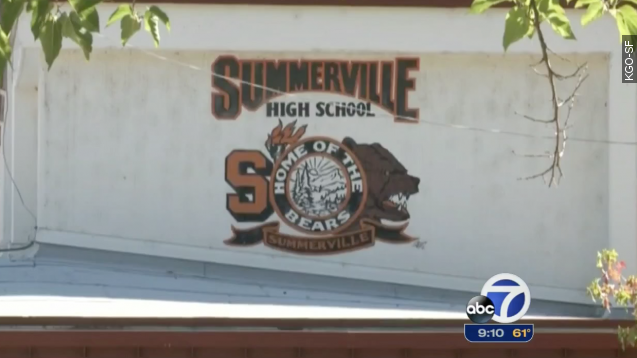 A northern California school district may have narrowly avoided a school shooting after four students were arrested on conspiracy to commit assault with deadly weapons. (Video via KGO-SF)

The students, arrested on Sept. 30, reportedly had a target list that included faculty and students at Summerville High School in Tuolumne, California — a small town about three hours east of San Francisco. (Video via KMAX)

"The suspects plans were very detailed in nature, and included names of would-be victims, locations and methods in which the plan was to be carried out," sheriff James W. Mele said during a press conference.

"The students who noticed the suspicious activity felt comfortable enough to bring this information to the attention of school staff. Their willingness to get involved and report what they saw prevented what very well could have been another needless tragedy," the officer said.

Because the suspects are minors, their names will not be released, though the sheriff said they are all males.