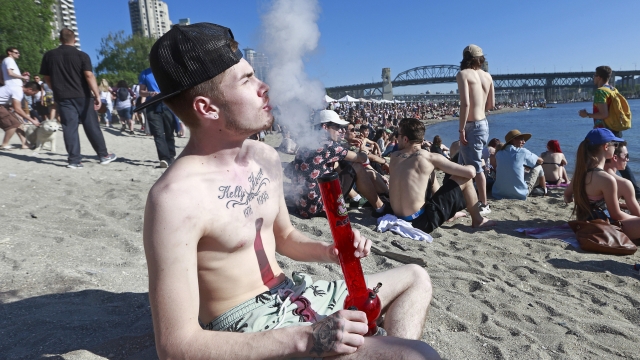 Just in time for every pot lover's favorite holiday, Canada announced it will be introducing legislation next spring to legalize the sale of marijuana. Canada's health minister made the announcement to the United Nations on Wednesday.

"While this plan challenges the status quo in many countries, we are convinced it is the best way to protect our youth while enhancing public safety," Health Minister Jane Philpott said.

Philpott said the details of the legislation are still being worked out but made it clear they want to keep marijuana out of the hands of children.

If passed, the legislation would make good on a campaign promise made by Prime Minister Justin Trudeau during his race against Stephen Harper. In a press conference, Trudeau said, "It is our intention to stop Mr. Harper's failed approach on marijuana."

And Trudeau could have the numbers on his side. The Liberal Party has a majority in the House of Commons, and a recent poll found 68 percent of Canadians at least somewhat support the legalization of recreational marijuana use.

The CBC says legalizing pot would breach "three global treaties" signed by Canada. But it's unclear what the actual international fallout from this would be.

This video includes images from Getty Images and clips from the White House, CBC, The National and KMGH.