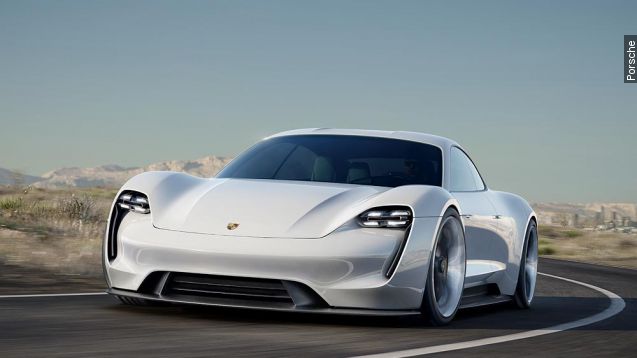 Tesla may have its stiffest (and fastest) competition yet.

German car manufacturer Porsche has unveiled plans for a new electric car that goes from 0 to 60 miles per hour in 3.5 seconds. Not only is Porsche's Mission E concept fast, but it charges in about 15 minutes — faster than most Tesla models.

That 15-minute charge is good for about 80 percent of battery life and 250 miles. On full power, the car can travel about 310 miles max, the company said.

A writer for auto news website Jalopnik says, "If that's true — and my skeptical side calls it a big 'if' — it's a huge step for electric car re-charging, making it almost as fast and convenient as filling your tank with gas."

Now, before you throw money down on it just yet, plans aren't fully approved, and we wouldn't see it hit the streets until at least 2019.

But the new Porsche concept car certainly adds to the ever-growing competition Tesla's been enduring in recent years.

A February report by Bloomberg notes BMW and Nissan are outpacing Tesla by a good margin in the electric car business, despite both automakers' technology lagging behind Tesla's.