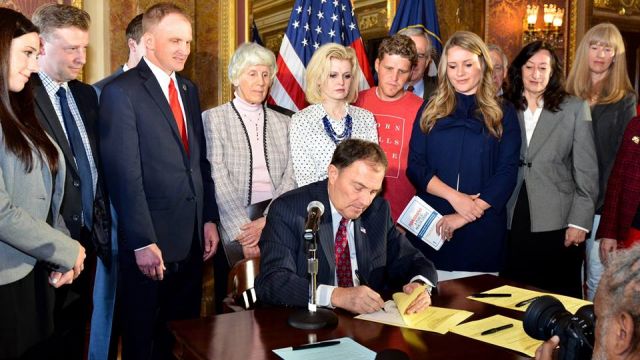 "This is a fight I believe that we can win — it’s certainly a fight we ought to have. Certainly the intent here is to raise awareness and understanding about the addictive nature of pornography and the harmful effects that it has on individuals and families and society."

The governor signed a resolution Tuesday after it passed unanimously through the state legislature.

For the resolution's sponsor, it aims to protect Utah's youth wherever they are.

This video includes images from Facebook / Governor Gary Herbert and clips from KSL-TV and KTVX.