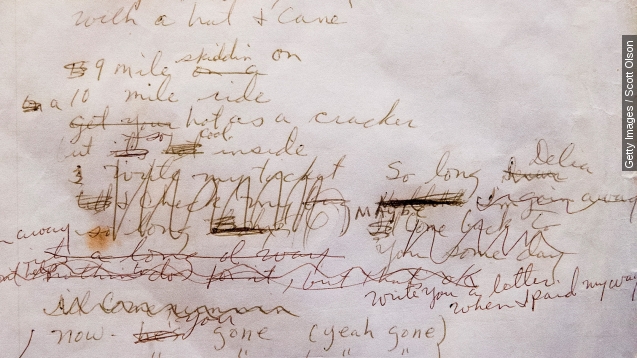 What was the last book you read during elementary school? It turns out that book might have a lot in common with your favorite songs.

A new analysis published on data blog SeatSmart says the average reading level of lyrics to Billboard's top-ranking songs has dropped steadily over the past 10 years — now below the third-grade level.

Country was named the smartest genre, though that's not saying much since its average reading level was barely above third grade. On the other hand, hip-hop had the lowest score at a grade level of 2.6.

So second-graders are apparently well-represented by hip-hop radio.

"I refuse to believe that one," Gayle King said on "CBS This Morning."

Yeah, Gayle. We feel you. But before we all switch to country, we should note the study might have some flaws.

Word length was a key variable. As the study's author Andrew Powell-Morse put it: "Country is the only genre generally devoid of words like 'oh' or 'yeah' repeated 20 times in a row. Sorry everyone else, but if you say it in the song, it's counted as a 'lyric.'"

But as The A.V. Club noted earlier this year, more bands are using the words "woah-oh-ohh" in the chorus. We have to know: Do the hyphens make it all one long word?

Country also got a boost in its score due to the weight given to syllable length, and HLN anchors saw the irony in that. (Video via Sony Music Entertainment / Miranda Lambert)

"Okay, but you know what he said? The reason country scored highest is because they have long syllable words like hillbilly and cigarettes. He said that!" Jennifer Westhoven said.

And finally, some rappers actually scored relatively high. Eminem and Nicki Minaj's lyrics were given a 3.7 and 3.4 respectively.

So we can't take everything the analysis says to heart, but maybe it should make us take a look at our favorite songs a bit more closely.

As Time pointed out, one of last year's hit songs by Ariana Grande made arguably zero sense, with lyrics like "I only want to die alive," and "now that I've become who I really are."

Those are errors even a second-grader could spot.

This video includes images from Getty Images and scarletgreen / CC BY 2.0.