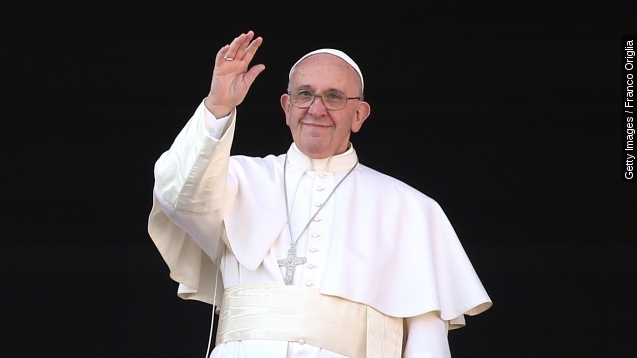 Pope Francis delivered a message of modesty and chastised consumerist culture in his traditional midnight mass on Christmas Eve. (Video via Vatican)

The head of the Catholic Church told followers who had gathered at the Vatican, "The way of authentic liberation and perennial redemption is open to every man and woman who is simple of heart."

During the homily, he also offered prayers for victims of violence, especially those in the Middle East affected by ISIS.

He called on Catholics worldwide to provide aid and asylum to refugees, saying, "Precisely where the incarnate son of God came into the world, tensions and violence persist."

While speaking at St. Peter's Basilica, he further condemned other armed conflicts across the world, including violence in South Sudan, Ukraine and Iraq.