Pope's Role In Mending US-Cuba Ties May Continue On Trips 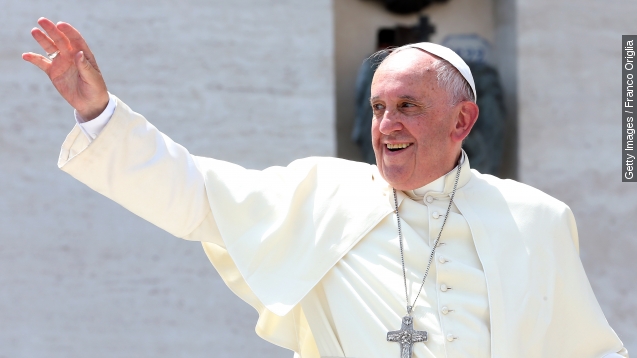 SMS
Pope's Role In Mending US-Cuba Ties May Continue On Trips
By Kate Grumke
By Kate Grumke
September 18, 2015
The pope has already taken a special interest in bringing the two countries closer together.
SHOW TRANSCRIPT

On Friday, the Obama administration announced it's easing economic sanctions against Cuba even more, as the two countries continue to figure out what their new relationship will look like. (Video via the White House)

The announcement comes as Pope Francis prepares for a trip first to Cuba, then to the U.S. (Video via Vatican Television Center)

Both President Obama and President Raul Castro cited the pope as a driving force behind the talks that led to the renewed relationship. The pope sent letters to both sides telling them to resolve humanitarian issues, including the issue of political prisoner Alan P. Gross, according to The New York Times. And he hosted a secret summit at the Vatican in October of last year between the two sides. (Video via Cubadebate)

"His Holiness Pope Francis issued a personal appeal to me and to Cuba’s president, Raul Castro, urging us to resolve Alan’s case and to address Cuba’s interests in the release of three Cuban agents, who’ve been jailed in the United States for over 15 years," said Obama.

During Pope Francis' visit to Cuba, which starts Saturday, he's likely to address some of the issues the U.S. is also promoting on the island. (Video via Vatican Television Center)

One of those issues is human rights, which the pope will specifically address in relation to religious liberties on the island. There is some overlap there with what Obama is hoping the country will improve. (Video via U.S. Department of State)

Ahead of the pope's visit, the Cuban government announced it would pardon more than 3,500 prisoners, although it was unclear if political prisoners would be included. Mass pardons for papal visits are a bit of a tradition — Cuba did the same for Pope John Paul II and Pope Benedict XVI's visits.

The new economic changes affect multiple parts of the U.S.-Cuba relationship, including travel, remittances and commercial and financial transactions.