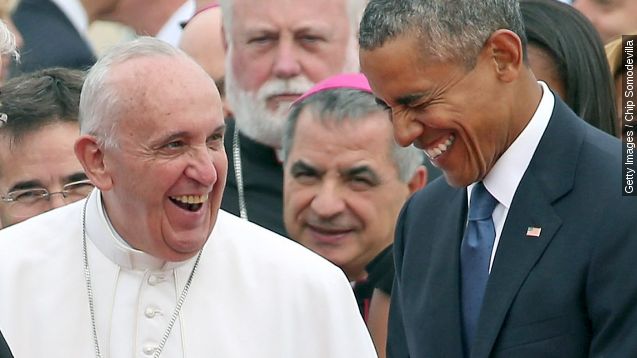 It's been months in the making, and Wednesday morning, Pope Francis finally arrived at the White House.

The pope got right to the issues during his first speech on The White House lawn.

"It seems clear to me also that climate change is a problem we can no longer be left to our future generation," Pope Francis said.

Washington, D.C., sees its fair share of important people coming through town. But this event is different.

"We have 13,500 people coming to visit us. We started planning around April about the pope event. We've been holding meetings since June," said Director of White House Visitors Office Ellie Schafer.

"An arrival ceremony for somebody like Pope Francis will be certainly one of the coolest things, most exciting things that I ever work on," said Deputy Director for Visits Charlie Fromstein.

It's a welcome fit for a king — or, you know, the world's most powerful leader of the Christian faith.

"And so it begins," said U.S. Chief of Protocol Peter Selfridge.

And so it does. Pope Francis will spend two days in D.C. before traveling to New York City and then on to Philadelphia.