Pope Francis: Killing In The Name Of God Is 'Satanic' 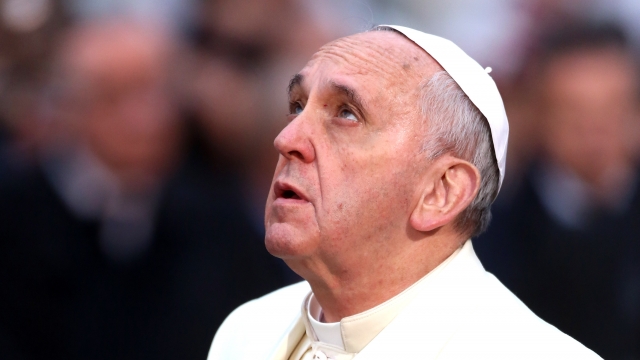 SMS
Pope Francis: Killing In The Name Of God Is 'Satanic'
By Ryan Biek
By Ryan Biek
September 14, 2016
The pope urged all religious leaders to spread that message.
SHOW TRANSCRIPT

Pope Francis urged religious leaders to preach that killing in the name of God is "satanic."

The pope added he would like all religions to teach against killing in the name of God.

He made the pleas during a mass Wednesday devoted to French priest Jacques Hamel, who was killed by two terrorists in Saint-Etienne-du-Rouvray in July.

SEE MORE: Mother Teresa Has Been Declared A Saint

Pope Francis declared Hamel a martyr for refusing to renounce his faith before his death. And the pope reportedly indicated Hamel could be on track for sainthood because of his actions.

If Hamel is beatified, he'd only need to be attributed one miracle (instead of the usual two) for him to become a saint.